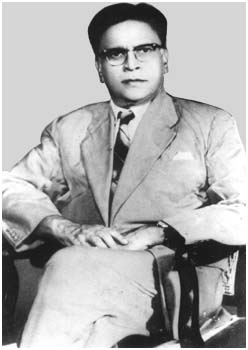 Dr. Padanair Ayyappan Velayudhan Pillai hailed from Kuttanad region of Kerala. He was born to the family of `Padanairs’ at Padanair House, Pullangady, Champakulam, Alapuzha district. Kuttanad is located amidst the picturesque backwaters of Kerala and is known as the `rice bowl’ of Kerala. Until the late 1950s, the only means of reaching this area was by boat.

After his early education in India, he did his basic medical studies in Madras State and then proceeded to UK for his specialisation in Ophthalmology. He earned his professional qualifications of LMS LRCP&S LFPS and DOMS from London, Glasgow, Edinburgh and Madras. He was an extremely skilled and gifted doctor and was held in high professional repute. His last tenure was as the Superintendent of Government Eye Hospital in Thiruvananthapuram. He was also the Professor of Ophthalmology at Thiruvananthapuram and Alapuzha Medical Colleges when these colleges were established.

By nature, he was a deeply religious, charitable and compassionate man. He had no airs about him and had no greed for the material comforts of the world. To him every individual was equal. He had implicit faith in Lord Ayyappa. Not only was he instrumental in the initial formation of Ayyappa Seva Sangham (as it was earlier known) but he was also responsible for evolving tacit guidelines for its growth in physical and moral terms. To this day, these guidelines act as the `Commandments’ guiding the functioning of the Sangham.. It would not be an exaggeration to say that Late Dr Velayudhan Pillai continues to be the invisible but omnipresent moral guardian of ABASS even now.

After formal retirement, though he was reluctant, he was coaxed by his followers and admirers to continue his professional medical work as a Consultant. He was `At Work’ even a week before he died. He left for his heavenly abode on 15th of July 1976.

He was a regular visitor to Sabarimala till the year of his death. In 1999, at his birth place in Pullangady, Champakulam, (Alapuzha District) a sacred Ayyappa temple was consecrated in memory of the late Dr PA Velayudhan PIllai.